[ad#ad-1]ZurPolitik.com: Stephen, as far as I know you have been campaigning in Ireland for voting Yes on the Lisbon treaty. How exactly are you involved?

ZurPolitik.com: How did the people you encountered during the campaign react? How is the mood right now?

Stephen: The mood during the campaign was quite poistive and people were open to listening to the points on both sides and they wanted to be informed. The mood now I still think is positive, and people feel more informed this time around.

ZurPolitik.com: Do you think it is problematic Ireland has to vote a second time? Has this happened on other occassions before?

Stephen: I don’t see it as problematic. We have voted twice on a number of issues from Divorce to abortion to the Nice Treaty. Our democratically elected government asked us to look at this treaty with the guarantees and the agreement on the commissioner and vote on that. Not just the treaty alone as they did last year.

ZurPolitik.com: Is there a significant difference to the first voting process?

Stephen: The process is no different. But the level of information out there is alot higher this time. Not only from the campaigning groups but also from impartial organisations such as the Referendum Commission and the European Commission

ZurPolitik.com: Who is against the Lisbon treaty in Ireland and who is in favor of it?

ZurPolitik.com: What is the single most important thing in the Lisbon treaty in your opinion?

Stephen: To me the most imprtant thing in the treaty is the more powers for the European Parliament. This gives the people we elect more of a say in how the EU should operate. That to me is very important.

ZurPolitik.com: Do you think there are any good reasons at all to vote against it?

Stephen: If you are against the idea of Europe, then I think that is one of the few good reasons to vote no.

ZurPolitik.com: If the Irish people decide against the Lisbon treaty again, what will happen next? 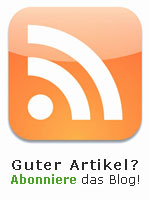 Stephen: I don’t know. If the EU leaders don’t react, we are in trouble. If they are angry it means they do care. I hope that won’t be the situation though.

Stephen: My idea of the European Union is a group of states who have decided to work together for the common good. This has led to deeper integration and it is working well for all involved.